The Golden Gate Bridge, Engagement Portraits, and a Nudist Beach 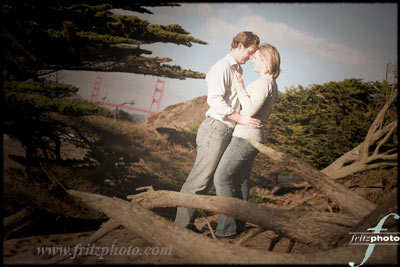 I received an email from a customer this week, whose wedding I will be photographing next summer at Youngberg Hill Vineyard, in Yamhill County, Oregon. She and her fiance just moved to the Bay Area, and she was asking in her email if I had any suggestions regarding who might be a good photographer to do their engagement portraits in San Francisco. I emailed her back and said, in short, I’m in San Francisco right now; let’s do them while I’m here. And so we did.

At a friend’s suggestion, we went to Baker Beach in the late afternoon, and the view was stunning. 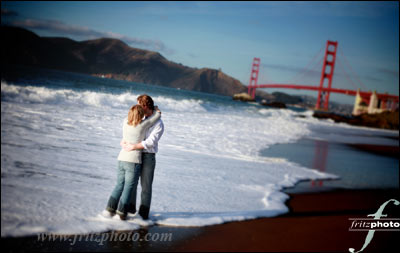 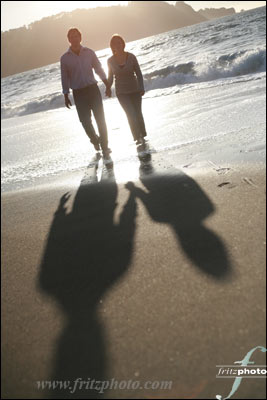 We had heard that some part of Baker Beach is often used as a male nudist beach. We were walking in the direction we thought was the opposite of this area, to take portraits. It wasn’t until we were climbing up on the rocks past a gentleman (who appeared to be working on some sort of rock/driftwood scultpure) that we noticed he was wearing only his shirt. Nothing else.

I couldn’t resist; I took this engagement portrait discreetly, with some of the unclad company in the background. And no, it won’t be included in their final set of images: 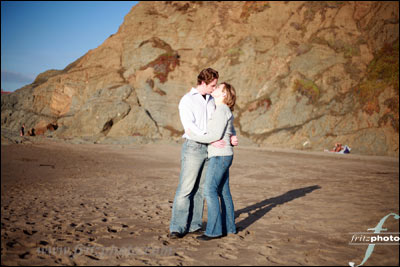