Fall is Portrait Season in Portland

For whatever reason, Fall seems to be the season people want professional portraits here in Portland. I’ve had a lot of fun working with individuals, high school seniors, families, and business and magazine clients to create some cool portraits. Here are some recent samples: 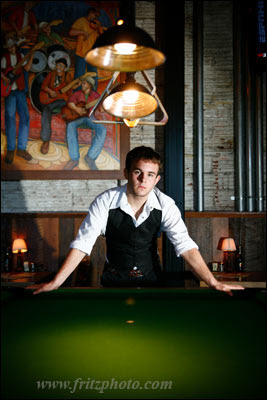 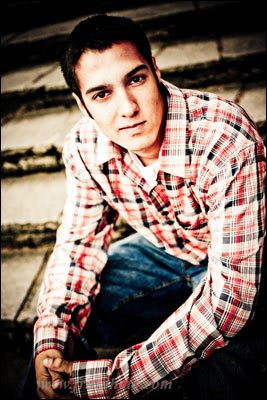 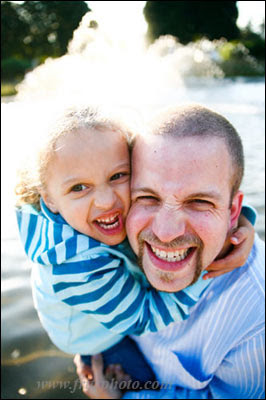 And a little self-portrait, while I’m at it:

All photographs and content is Copyright Fritz Liedtke. Please do not copy or re-use them. To do so is a violation of federal copyright law, and will be prosecuted.
Tags: Creative Portland Portrait Photographer | Location Portrait Photography
Facebook Share|Tweet Post|Email Post|Contact Me

It’s always a little dicey scheduling an outdoor wedding at the end of September here in Oregon. But Stephanie and Scott got lucky, with perfect weather. A perfect day for photography. Lots of kids. And at Youngberg Hill Vineyards, where their wedding took place, the grapes were purple and ripe. We each tried one.

This guy sure had fun playing with the kids. Or rather, the kids sure had fun taking him down. What a good sport.

Are you looking for a Youngberg Hill Wedding Photographer?  Contact us today; we would love to be your wedding photographers!

Last year I had some images published in the photography text Focus on Photography, by Herman Joyner and Kathleen Monaghan. It’s a beautiful book, well thought out and laid out.

Today I received the following email from a teacher in Omaha:

Hello Fritz Liedtke,
I am an art teacher and this is my first year teaching digital photography. We have the Focus on Photography book and I looked up your personal web site and was blown away. The color in your images is incredible and the subject matters are deep and respectful of your subjects. The compositions are powerful and I will guide my students to your site. Thank You for having your images out for us to view and I wish you lots of luck selling your images!
Sincerely,
Jennie Wilson
All photographs and content is Copyright Fritz Liedtke. Please do not copy or re-use them. To do so is a violation of federal copyright law, and will be prosecuted.
Facebook Share|Tweet Post|Email Post|Contact Me
show hide 1 comment
comment

Actors and models always need headshots in order to apply for theater or advertising or modeling gigs. So when a model or actress calls me and asks for headshots, I always ask: what kind do you want? Do you just want photographs of your head (which are important and useful), or do you want portraits? I usually aim for the latter, since portraits are much more personal and expressive, not to mention a lot more fun to photograph.

So when Molly McNeal called me the other day, asking for headshots, I asked her the same question. She liked what she’d seen of my portraits online, so we scheduled a portrait session at Portland’s Rhododendron Gardens, and, after sorting through her extensive wardrobe, went to work.

Molly’s friend Amelia joined us, dogsitting Kharma, and assisting us. So we got some photos of her in as well.

I think you can see the actress in her in the portraits….

Meaghan and Damon Got Married

Back in July I posted some cool engagement portraits of Meaghan and Damon. Well, now they’re married.

I love to photograph at Mt Hood Bed and Breakfast. It’s a spectacular site, with a clear view of Mt Hood hovering over everything. Mike and Jackie, the owners, make everybody feel like part of the family. And the girls get ready in an old chicken coop. What more could you ask for in a wedding venue?

Meaghan’s awe-inspiring wedding dress is from Wai-Ching Clothing, out of Seattle. That girl’s got class. And some gorgeous wedding dress designs.

Damon’s very cool suit is custom tailored, from Duchess Clothier, in Portland. They do nice stuff.

And the cake was from Saint Cupcake! Yum!

Well, a beautiful end to a beautiful day of wedding photography at Mount Hood Bed and Breakfast. Thanks to Kami Aguilar of WedPortland for her great work as wedding coordinator!

Bart and Thea Hafeman and the Four Zs

Bart Hafeman is a musician and DJ; we’ve known each other for several years, meeting and catching up at various events. I knew he lived in Scappoose, Oregon (Scappoose!), had a studio there, and a family.

He called me up last week, and asked if I’d do some family portraits for him, which I was glad to do. So I drove out to Scappoose (Scappoose!) today, and met his beautiful wife and four children (Zane, Zach, Zander, and Zoie), in their beautiful house.

The photos are fun and beautiful, but my favorites are of his 8 month old daughter Zoie:

And then there’s Zander, who became most animated when he changed into his Superman Tshirt, and showed us how strong he was:

Who knew that when I photographed Drew Carney and Mia Stevens’ wedding in 2006, that 2 summers later they’d have a pair of adorable twin boys? What a handful! And what a delightful family. Here are a few images from our portrait session.

All photographs and content is Copyright Fritz Liedtke. Please do not copy or re-use them. To do so is a violation of federal copyright law, and will be prosecuted.
Tags: Location Portrait Photography
Facebook Share|Tweet Post|Email Post|Contact Me

Floss Your Teeth Before Your Wedding Photography…

…Or else somebody else will have to do it for you.

That’s just what happened at Erica Grossman and Dennis Kurtz’s wedding. She didn’t floss. So I gave them some thread from my emergency sewing kit, and Dennis went to work. Right there in the vineyard. It was, to say the least, hilarious.

But it certainly fit in with the fun/crazy atmosphere of their wedding. We had a lot of fun photographing them and their family and friends. The wedding was held at Garden Vineyards in Helvetia. Let me just say, Garden Vineyards is a lot more awe-inspiring than their website lets on. For only being half an hour from the heart of Portland, it’s a fantastically beautiful, classy site for a wedding, and a wonderful place for wedding photography.

I’m pleased to announce the launch of a new website, www.fritzphotographic.com.

I’ve photographed assignments for magazines and corporate clients for years, and enjoy it. I’ve been able to work for many interesting clients, including:

I’ve also done travel photography all over the world, photographed for advertising clients, and covered many many documentary stories. The trouble was: I didn’t have a great place to showcase this side of my work. So I’ve created a new website specifically for my editorial, travel, and documentary photography. There’s photographic work from Europe, Africa, the US, Mexico, India, the Middle East, and much more.

It’s live online! Take a look! Let me know what you think!

I’ll be adding new content regularly, including slideshows from particular assignments (upcoming: a delightful portrait series on Middle School Superheroes, and a documentary piece on a First Communion Parade in Algeciras, Spain). So take a look, forward it to your friends and magazine editors, let me know what you think.

You might also note the new logo. My good friend Jacie Kirkenan, of Pink Rabbit Design, created it, and I’m pleased as punch. She dies great work.

I’ve always thought that pregnancy or maternity photographs all looked the same: a little gauze wrapped around a figure, a serene pose, hands on the belly. As a result, I’ve never been that interested in photographing a pregnant woman, until Cierra contacted me. She described her fun-loving relationship with Maurice, and her interest in motorcycles and belly dancing. I couldn’t resist. We spent a couple hours working with them on some interesting images, and I’m pleased to say, we never once wrapped her in gauzy fabric.

All photographs and content is Copyright Fritz Liedtke. Please do not copy or re-use them. To do so is a violation of federal copyright law, and will be prosecuted.
Tags: Location Portrait Photography
Facebook Share|Tweet Post|Email Post|Contact Me
show hide 1 comment
comment

Dana Bethune is a violinist, among other things, playing in a variety of bands and orchestras. We had a fun photography session in Washington Park, enjoying the summer evening sun. Here are a few favorites.

All photographs and content is Copyright Fritz Liedtke. Please do not copy or re-use them. To do so is a violation of federal copyright law, and will be prosecuted.
Tags: Location Portrait Photography
Facebook Share|Tweet Post|Email Post|Contact Me
show hide 1 comment
comment

This month’s installment of Faces and Fashion on Alberta, coming to you live from the evening of the Democratic Convention. A few TVs on the street and lots of people crowding into bars during Obama’s speech. Which is why this first image is so appropriate:

And this one also, of Christophe. “I felt like exercizing my freedom of expression tonight.”

Lauren Portinga and Brent told me they thought people could use some hugs, because “people aren’t as friendly here as they are in some places.” They took their inspiration from the Free Hugs Campaign. (Take the time to watch the sweet–and frequently hilarious–Free Hugs Campaign video on YouTube. It’s actually quite moving.) You’ll notice a couple other Free Huggers in an image at this post from London’s Hyde Park in the spring.

This was the first evening ever that the Alberta Street Last Thursday had the streets officially closed to traffic. The whole event was ‘staffed’ with volunteers explaining things to people, including this gentleman.

Kelsey Robertson is an artist. She had some paintings out for sale, her first time doing so on Alberta. She seemed pretty content to sit in the car and draw.

Tito and Emma were tied together at the foot, just because they felt like it.

If you stroll the street regularly on Last Thursday, you’ll recognize Rabbit’s mini bus parked there, usually used as a stage for hula hoopers. She actually lives in the bus, which is rather intriguing.

The tall bikes were out as usual. I liked this guys riding outfit.

Musician Adam Hurst is a great and popular addition to the mile of music on Alberta. I’ve heard him play in several venues. Check out his website at www.adamhurststudio.com. He does beautiful work.

Darcy Lee is an artist and substitute art teacher. She showed me a bunch of fun line drawings she does while substitute teaching, of her students. Lovely, flowy lines and shapes. (You can see more of her work at http://www.myspace.com/darcyleeart.)

Last but not least, there’s McKenzie Wharton, the rather animated human mannequin. “My sister’s selling stuff. I’m just doing entertainment.” And entertaining she was. “Press my nose!”

All photographs and content is Copyright Fritz Liedtke. Please do not copy or re-use them. To do so is a violation of federal copyright law, and will be prosecuted.
Tags: Alberta Street | Portland Oregon Photographer | Street Photography
Facebook Share|Tweet Post|Email Post|Contact Me
show hide 1 comment
comment
loading