She Said Yes! A Proposal In Hoyt Arboretum 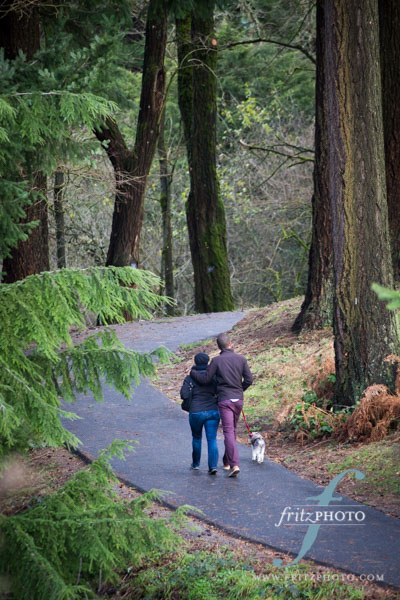 When you’re planning your wedding, there’s no question about whether or not you’ll have a wedding photographer there. You know you want every single moment captured forever. But what about your proposal? It’s an equally special and personal moment. While the wedding is often thought of as ‘the most important day ever’, the proposal is actually the one time when it’s just about you two, which makes it even more special.

We know how to be discreet, and to capture that catch-your-breath moment when someone drops down on one knee.  And after your special someone says, “Yes!”, we’ll create some beautiful engagement portraits for you on the spot.

And that’s just what we did for Dio and his girlfriend.  He called us from California, saying they were planning to spend a few days in Portland, and that he wanted to propose.  We said yes!

A lot of planning goes in to proposal photography.  We secretly arranged a location (Hoyt Arboretum) and time, and then it was go time!

As you can see in the photo essay below, she said yes!