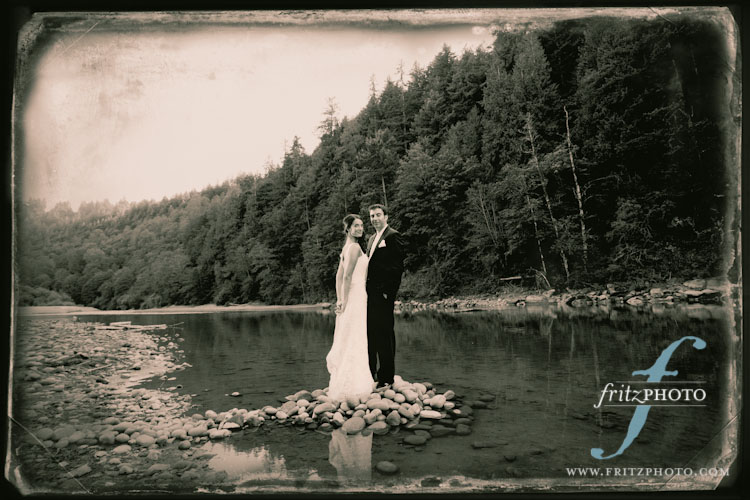 Sometimes you think you’ve seen it all.  I thought I had.  Having photographed weddings off and on for over 25 years, I thought I’d seen most types of weddings.  Occasionally somebody throws us a crazy, unorthodox, alternative curveball.

Not Nick and Elena.  They threw us a beautiful, orthodox, traditional curveball: a full-on Greek wedding, right here in Portland, Oregon.  From the traditional Greek Orthodox ceremony, to the big family, liquor, laughter, lamb, baklava, dancing, and yes, plate breaking, they had it all.

And then there’s Nick and Elena.  She’s tall, dark, and lovely, a doctor of psychology.  Nick is also tall, laughs easily, and partners with his father in commercial real estate.  In fact, Nick has been traveling to California regularly to finish his MBA–and also to court Elena, who worked down there over the past decade.

But the coolest part of the story is this: they met when they were 15, both of them counselors at Camp Angelos.  Many years (and many trips to California) later, Nick proposed to Elena, also at Camp Angelos, down on the rocky beach of the Sandy River.  One year later, that is where they held their wedding reception.

So it was especially meaningful for us to photograph Nick and Elena in the woods and down on the rocks of the river, where they first met, became engaged, and were now celebrating their wedding. 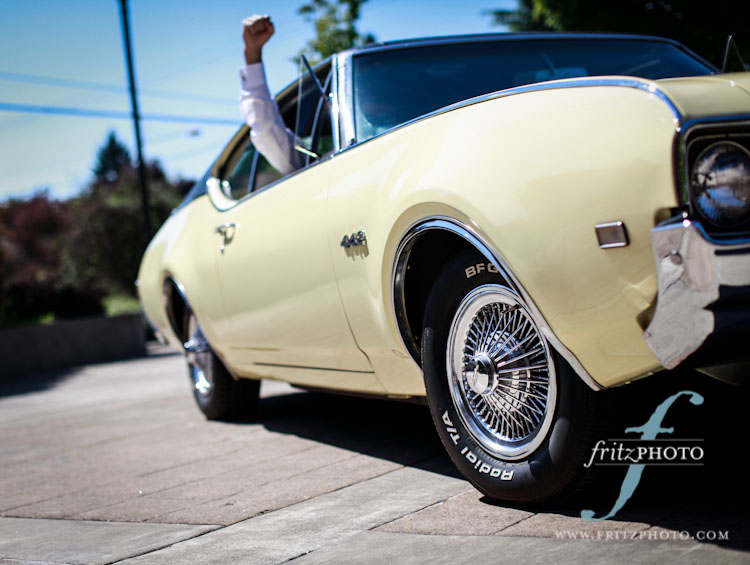 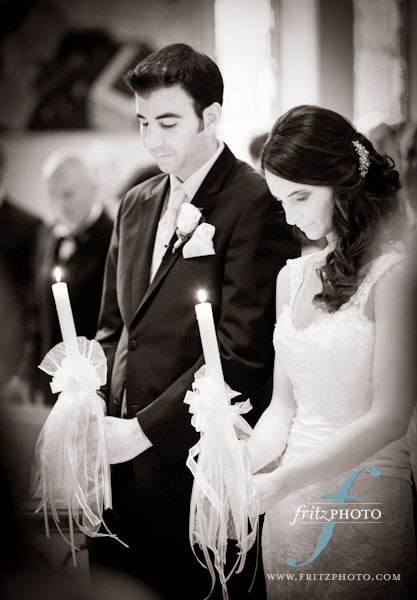 Peter Ford, the DJ, brought along a confetti cannon, which he used to great effect when the bride and groom were introduced at the reception:

Yes, this child, the ringbearer, is yanking on his mother’s hair.

So this is plate breaking.  The caterer (who owns a local Greek restaurant) started out by tutoring everybody on how to properly break a plate.  (Toss it face down, so a vacuum is created underneath it when it lands, breaking the plate.)  And man, did these people break plates with gusto!  After everyone had smashed a few, Nick and Elena were given a stack of plates to hold in their hands, which they were instructed to smash with another plate in their other hand.  As you can see, they did so quite nicely.

Many great vendors go into making a wedding day like this wonderful:

Wedding coordination by Angela Orr of Weddings and Events by Muse

And of course, wedding photography by us, Fritz Photo.  We love photographing fun traditional weddings.  If you’re in need of an award-winning wedding photographer in Portland, Oregon, or destinations worldwide, give us a call.  We’d love to tell your love story.