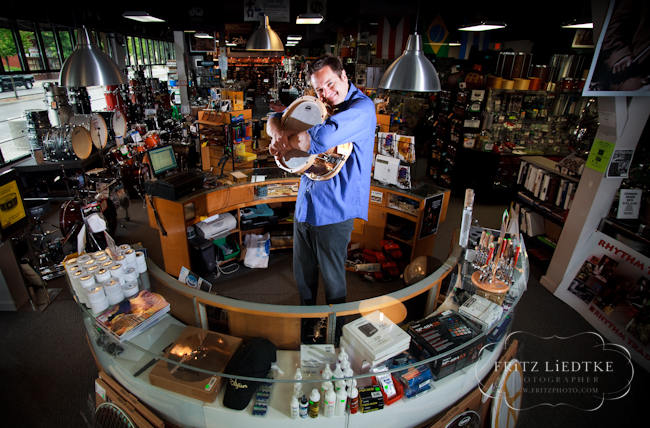 Let me start off with a story, from the Rhythm Traders website:

A drummer since the age of eight, company founder Brad Boynton set off in 1990, for a nine month trip to West Africa, with a degree in Anthropology and his backpack. He chose Africa because it appeared to be the epicenter of rhythm itself. Whether it was American jazz, Brazilian Samba, or Cuban Rumba, all roads pointed back to Africa. While in Ghana, he lived with nomads, drummers, drum makers, fortune tellers, and oral historians.

Brad apprenticed with a master drum carver, Teacher Boateng, who taught him the entire process of carving a drum, from cutting the tree to repairing and maintaining the drum, to playing it for village ceremonies.

When the apprenticeship was finished, there was a ceremony with all of the village carvers and Brad was presented with his own set of tools. “Are you going to carve drums in America?” asked his teacher. Brad answered that although he wanted to, it would be very hard to make a living doing so in America, where value is placed on time and use of technology.

All of the carvers discussed it, and decided to ask Brad if he would help market their drums in the U.S. The carvers advanced him a few dozen drums to be paid for when they sold, and Rhythm Traders was born.

That was just the beginning.  Brad and Rhythm Traders have morphed from the original store full of African Drums, into Portland’s premier drum and rhythm store.  It was for this reason that Music Inc magazine is doing a story about Brad and RT, which is why they contacted me to create some portraits of Brad for the magazine cover and interior. 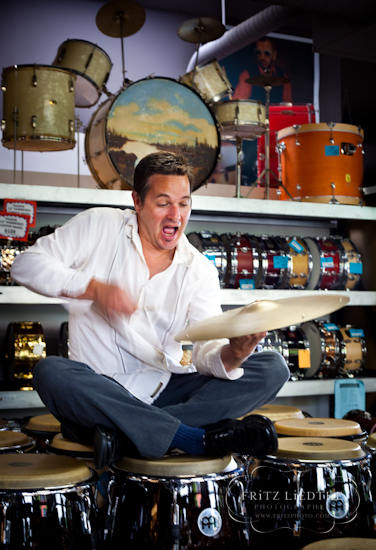 Brad’s a lot of fun to work with.  I always enjoy making a photography session as much of a collaboration with the subject as possible, creating images that reflect the subject’s personality.

Rhythm Traders is not far from my Alberta Arts District office, and I drive by it almost daily.  With so many interesting objects and spaces to work with, it wasn’t hard to create some enjoyable images. 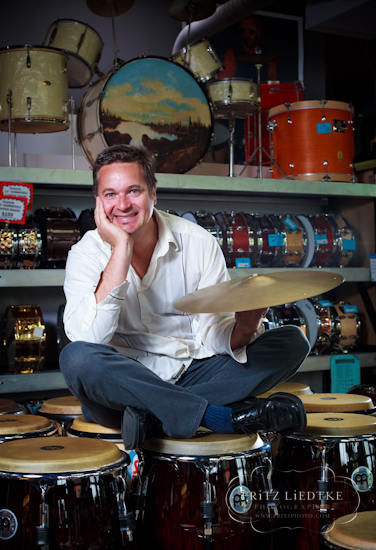